Read the College’s message to the professor emeritus of physics 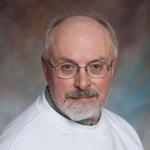 Throughout your career, Professor Hoffman, you have shared your passion for physics and astronomy with non-science students and physics majors through a range of courses, including general physics, accelerated physics, astronomy and astrophysics, mechanics and thermodynamics, and quantum theory. Because of your longstanding interest in science fiction and being a strong proponent of accurate science content within the genre, you created and taught a First-Year Seminar titled “Uses and Abuses of Science in Science Fiction.” This course tied in nicely with your science fiction novel that you described as “a work of fiction incorporating substantial bona fide science for the purpose of popularizing physics and astronomy.” 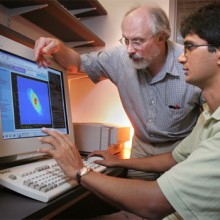 On an interesting note, Professor Hoffman, you have taken formal piano instruction to enhance your understanding of classical and contemporary serious piano literature relevant to the biannual teaching of your Physics of Music course. You have become a fierce advocate of 20th– and 21st-century music. Professor Hoffman, your piano instructor at Lafayette, whom you have worked with for nearly 30 years, stated that “In the many years that Lyle has studied with me I have always had the highest regard for his unwavering commitment to piano music that is not often studied or performed. He never shies away from technically difficult works or emotionally complex ones. Lyle’s focus is entirely on the music and how he can give it an honest and serious voice. It is an absolute joy to work with Lyle. Being able to communicate the ideals of playing the piano with someone who is so knowledgeable and comfortable at the instrument is very special. I can truly say that as a teacher I have learned so much from him.”

Professor Hoffman, your scholarship focuses on extragalactic radio astronomy. Your research has been in the study of galaxies, specifically using some of the largest radio telescopes in the world to observe the hydrogen content of galaxies for such purposes as surveying the local universe for low-mass galaxies that might otherwise be missed. You have been very fruitful, authoring dozens of papers and involving more than 30 students in your research. Professor Hoffman, you have been actively involved with the Arecibo Legacy Fast Arecibo L-band Feed Array (ALFALFA) consortium, a large, international collaborative project focused on data gathered at the Arecibo Observatory in Puerto Rico, where you have taken many students as part of your work with the consortium. 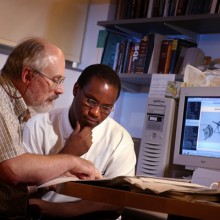 Professor Hoffman, you have been an active and contributing member of the department, the College, and the profession. Your most notable department service has been the six years as the head of the Physics Department. You have served on elected and appointed College committees, including the Academic Research Committee and the Library Advisory Committee, which you chaired for two years. In addition, you have participated in numerous faculty search committees. For your profession, Professor Hoffman, you have been a regular reviewer of journal articles, textbook manuscripts, and grant proposals.

You received the Mary Louise VanArtsdalen Prize in 1996.

A student who worked with you noted that “Professor Hoffman had a very straightforward manner of explaining subjects in their simplest terms, and this motivated a deeper interest in the fundamental underlying physics in not only myself but other students as well. As a research adviser, Prof. Hoffman continued to encourage me to work through problems to gain a deeper insight into the underlying physical processes. I think this is what I take away most from working and learning with Lyle: the motivation and impulse to just sit down and work through problems and proofs to understand physics at its most fundamental level.”

Another of your students commented that “Of all the faculty members I have ever worked with throughout my academic career, Professor Hoffman is definitely the one with the highest bar. He is hard to impress and doesn’t miss anything no matter how minor. Out of the four years I was taking classes and doing research with him, the best comment I ever received from him was ‘you did a creditable job’ for a presentation in my sophomore year. This turns out to be the most important lesson he taught me, more so than the wonderful secrets of the universe we explored together. The pursuit for perfectionism, and the level of attention to detail that I have developed during my training under him, prepared me not only for an easy transition and successful completion in grad school, but also the highly competitive industry job that I took on later. Throughout the years, this attitude pushed me through countless challenges, and the invisible bar of a ‘creditable job’ helped me triumph in my career in and out of science. I probably would benefit from it for the decades to come, and can’t thank Professor Hoffman enough for this invaluable life lesson.”