A unanimous selection, the debate coach is undertaking a complex challenge in uncertain times

As the collegiate forensics (speech and debate) community considers how to switch from in-person to virtual competition this upcoming school year, a significant challenge is how to hold its national championship, with 70 to 90 schools bringing hundreds of competitors from across the country in 12 different events.

“Will we be able to travel or will we have to stay home? How do we make sure that everyone is where they need to be at the appropriate time and that the competition itself is fair and smooth?” asks Scott Placke, Lafayette’s director of forensics and mock trial.

The National Forensic Association (NFA) has put its confidence in John Boyer, assistant director of forensics activities, to tackle that challenge. 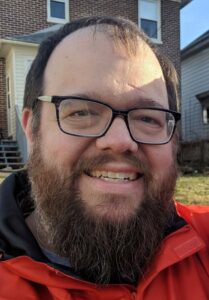 “Hosting a national tournament is a gargantuan task under the best of circumstances,” says Placke. “John, though, has to plan two tournaments: one that is face-to-face and another that is online. Either eventuality is possible right now. By potentially putting that tournament online his charge has gotten infinitely more difficult. John Boyer, though, is fully up to the task. There is no one who is better at hosting a tournament than John. He meticulously plots every step and finds joy in the little organizational details.

“Schools return to our tournament year after year because they know John cares enough to create a deeply positive experience. John Boyer’s tournaments have arguably become the gold standard for the forensics community. Being the tournament director for the National Forensic Association’s championship will be an incredible challenge, but John is the right person for this moment.”

Boyer was the NFA National Council’s unanimous choice for the role. He was nominated by the NFA president, who observes how well tournaments are run by different coaches. Boyer says he is very excited about his selection; it’s always been his professional goal to run the national tournament. 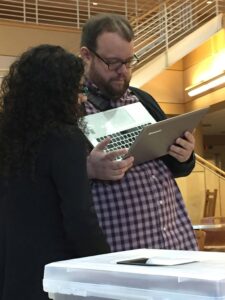 Boyer, who lives on College Hill with his wife, Deborah, and their children, Benjamin (5) and Rose (1), has served as assistant director of forensics activities and debate coach at Lafayette since fall 2005. He works with students as a group and individually to prepare them for debates on a specific topic. He and the students conduct research, compile evidence, prepare speeches/strategies, and practice debate against each other. He’s also responsible for transporting the students to and from tournaments across the country on 10 to 15 weekends per year.

“Helping students prepare strategies against other teams and then traveling to tournaments with them is my favorite part of the job,” Boyer says. “I think our students are some of the best Lafayette has to offer, and it is always rewarding to work and travel with them.”

Boyer was named a member of the NFA Hall of Fame for his contributions as a competitor, coach, and ambassador. Lafayette has finished in the top five in debate nationally six times during his tenure, with five different students reaching the final four as individuals and two reaching the final debate round at the national tournament.

“I’ve known John for over 20 years and have worked with him for around 15,” says Placke. “Coaching alongside him all of these years has been a true joy. I am so excited to share the experience of working with John with the National Forensic Association. He is going to do a fantastic job!”