Saluting those who served

In honor of Veteran’s Day, we highlight the experiences of three employees who have been in the U.S. Armed Forces. Lafayette is grateful to them for their service. 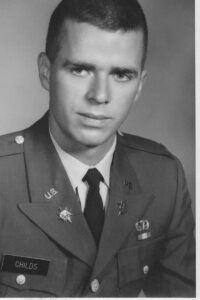 “I am honored that I was able to serve and represent my country as a member of our military forces. It was meaningful to be a part of something that was bigger and more important than anything that I had ever done before. I was placed in difficult and challenging high-stakes situations while working with individuals from a variety of backgrounds, and then needed to find a way to accomplish a mission with some degree of success. Being in the U.S. Army gave me the opportunity to grow up, to mature and gain the self-confidence that I could be placed in difficult situations and get through them. It taught me how to work with others from a wide variety of backgrounds and experiences. And through the GI Bill, it gave me the financial resources to complete my education, to go to graduate school, and earn the degree that allowed me to eventually come to work at Lafayette College. That was a pretty good result!” 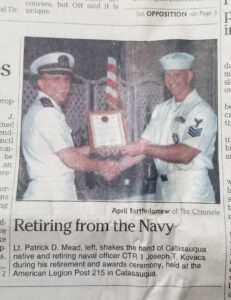 “My naval service impacted the way I think and feel. The Navy gave me a sense of direction. I was 17 going into boot camp, and I retired at the age of 37. The people who trained me guided me to pick a path in life and stayed with me until I retired. I was a cryptologist. I broke morse code while onboard submarines and surface ships. I learned and perfected a skill I never knew existed before! Being a veteran is something special. It means that I was able to follow in the footsteps of men and women who forged our country’s past. It takes a special individual to give up their secure surroundings to live a life of the unknown.” 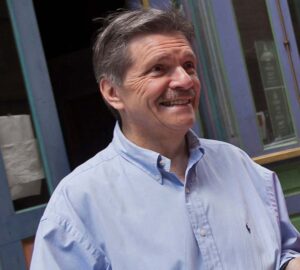 “I auditioned for 3rd U.S. Army Headquarters Band in Atlanta and was accepted. I spent one year in that unit, and it was a marvelous experience for a young musician. In addition to typical parades and military concerts, I was able to perform at three NFL football games and for the President and a future President.  I was also able to continue percussion studies and perform occasionally as a sub for the Atlanta Symphony and do some solo performances at Emory University. The remaining two years of my Army commitment were spent with the 296th Army Band in Camp Zama, Japan. My experiences in Japan would help to change my life in several ways: I joined a jazz quintet and eventually performed three nights a week in a jazz club in  Yokohama; I studied percussion with a legendary Japanese performer, Yoshihisa Mizuno;  I developed a lifelong love and appreciation for Japanese culture; I met and married my wonderful wife, Noriko; I earned GI Bill benefits, enabling me to finance a master’s degree and a doctorate. In hindsight, I am proud and fortunate to have served, particularly as an Army musician. My Army experiences have had an important impact on my life.”