2016 marked the 400th year since William Shakespeare’s death and served as a moment for Lafayette to create an educational colloquium that would merge Shakespeare as a cultural and educational figure with engaging discussions about race. 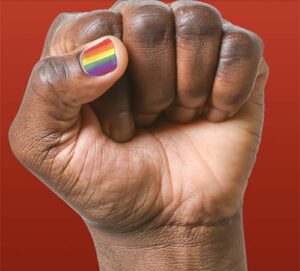 “Shakespeare, Race, and Queer Sexuality” (2021) will examine the longstanding divide between early modern critical race studies and early modern queer studies. Both fields emerged about three decades ago, but they have led relatively independent existences. The colloquium explores the reasons for this disciplinary segregation and initiates a series of conversations that envisions productive dialogues for future collaborative work.

“The Office of the President has been a major sponsor for this series as President Byerly made an extraordinary commitment in 2016 after we invited our first speaker. We are indebted to her for her vision,” says Ian Smith, Richard H., Jr. ’60 and Joan K. Sell Chair in the Humanities.

Ian adds, “Race is, undeniably, at the forefront of our cultural consciousness; our national experience has been stamped by race from the beginning. And if we are going to make education a vital part of culture and society, we must be committed to graduating students knowledgeable about the critical, pertinent, and relevant questions that will enable not just asking questions about others, but engage in the kind of self-interrogation that operates in the service of furthering a just and equitable society.

“People’s lived identities are a crucial part of the experience of being a cultural citizen, so the intersection of race and queer sexuality is a vital intersectional inquiry that speaks to modern American life. My hope is that such ongoing conversations will contribute to the inclusive vitality of our campus community.”

“In addition to the four distinguished scholars who will be with us,” says Diane Windham Shaw, college archivist emeritus, “we are thrilled to welcome Skyler Cooper, who brings such a wealth of stage, film, and life experience as an actor and activist. I am especially looking forward to Skyler’s Q&A session with Lafayette students.”

Shakespeare and Race is made possible with principal sponsorship from the Keefe Family Foundation.