He's an award-winning teacher and accomplished researcher with expertise in mechanical design and seminal work in biomechanics (human movement). 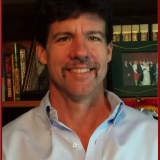 Professor Steven M. Nesbit, your leadership and perseverance have contributed to the success of the Mechanical Engineering Department and have made Lafayette a stronger institution.

Over the years, Steve, you have shared your love of engineering with students through a range of courses you taught, including Introduction to Mechanical Design and Engineering, Robotics and Manufacturing Automation, Manufacturing and Design, Dynamics, and Biomechanics. You are a creative and rigorous teacher with high expectations. You were the recipient of the Marquis Distinguished Teaching Award in 2003 and the B. Vincent Viscomi Engineering Prize for Excellence in Mentoring and Teaching in 2017.

Steve, you are an accomplished researcher whose expertise in mechanical design and biomechanics (human movement), particularly as they concern sports, has resulted in consistent publication of well-regarded and influential work. Your seminal work in biomechanics began as part of a comprehensive research effort supported by the United States Golf Association. Steve, you conducted the kinematic analysis of the golfer and the effects of equipment on the golf swing. Two of your articles published in Journal of Sports Sciences and Medicine were recognized among the most cited articles in the journal. You have four patents. Another area of your research is in materials and material behavior, which investigates the effects of hydrogen absorption and desorption on the structural and mechanical properties of the palladium-manganese alloy system.

Steve, you have served the academic community well. In service to the department, you served as head for six years and helped lead the Mechanical Engineering Department through transformative changes in the 2000s with enrollments increasing by over one-third during your leadership. You were instrumental in adding biomechanics to mechanical engineering’s areas of expertise, which helped attract more diverse students to the major and is still a focus of the department today. In addition, you led the department through the Acopian renovation in the early 2000s, which resulted in much-improved spaces for laboratories and offices alike. Through your leadership, Steve, the Mechanical Engineering Department helped support capstone projects attending national intercollegiate competitions including the Formula SAE race car, NASA rockets, and Basic Utility Vehicle. Your leadership was critical in modernizing the thermal fluids and manufacturing laboratories. You spearheaded initiatives that replaced over 50 percent of the equipment in the thermal fluids laboratory and added modern equipment to the manufacturing laboratory, including a groundbreaking 3D printer! In service to the College, Steve, you were an elected member of several committees, including the Enrollment Planning Committee, Curriculum and Educational Policy Committee, Student Appeals Committee, Academic Progress Committee, and Academic Research Committee. Your professional service has included serving on the editorial boards for two journals and as a reviewer for several journals.

You, Steve, are an outstanding athlete. You have biked across the continental United States more than once, and are an accomplished hiker. You have backpacked the entire length of the Appalachian Trail, Pacific Crest Trail, and Continental Divide Trail. By completing all three trails, you are among the elite hikers (fewer than 500) in the world to complete the “Triple Crown of Hiking”!