Students appreciated that the psychology professor genuinely cared about their success. 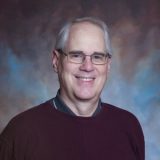 Professor Robert W. Allan, the College community is grateful for the knowledge and passion you brought to Lafayette. You received your Ph.D. from New York University in 1984. You joined the Department of Psychology as an assistant professor in 1991, and you were tenured and promoted to the rank of associate professor in 1995.

As a behaviorist whose research is in the area of learning with an interest in the effects of various reinforcement schedules, your life has been shaped by behaviorism quite literally and comprehensively. You incorporated learning-based practices into your courses and employed learning theory to elicit successful performance from students who were assessed by repeated attempts to demonstrate mastery of material to an objective achievement criterion. In all of your classes, students appreciated that you genuinely cared about their success. You have mentored a large number of students in honors theses, independent study, and advanced research over the years. You received the Aaron O. Hoff Superior Teaching Award in 1994 and 1995.

You have published research on how behavior is influenced by stimuli in the environment and contingent relationships among those stimuli, behavior, and reward. Using creatively constructed conditioning chambers outfitted with computer touch screens, you used pigeons to study operant-respondent interactions.

Often using your well-known skill as a DJ, you served as faculty adviser for the College’s radio station, WJRH. You continued to DJ for campus events while you lived in Ruef Hall during your tenure at Lafayette.

In service to your profession, you have been a reviewer for scholarly journals such as Learning and Behavior, Journal of the Experimental Analysis of Behavior, Behavioral Process, and The Behavior Analyst. Additionally, you served on the boards of the Eastern Psychological Association and Association for Behavior Analysis International.

Bob, you have been a kind and dedicated mentor to students and colleagues alike. You are passionate about your work and wanted others to find careers that were as significant to them as yours was to you. Says Jessie Northgrave Dello Russo ’14, a former student, “I have a career I love—something I find to be meaningful and fulfilling—and it’s all due to Bob Allan. I can name at least 10 people that I know personally who feel the same.”

But that is not all who you are, Bob. You are a music lover who could frequently be found singing and dancing prior to the start of class or in your office while working. You paid your way through graduate school as a DJ at Studio 54 and other clubs in New York City. Born and raised in the city, you frequently spent time there attending concerts, visiting museums, dining at your favorite restaurants, and spending time with friends and family. Recently, you purchased an apartment near your old neighborhood in the Bronx to spend your retirement. This is in addition to the home in upstate New York that you have been building for many years using your carpentry, electrical, and other mechanical skills developed as a result of building the many apparatuses for studying your beloved pigeons.

Your intelligence, Bob, is matched only by your curiosity. You are a reader of wide interests and someone who seeks engaging conversations with others. You would proudly show off the picture of you standing next to B.F. Skinner, an intellectual hero of yours. Skinner once wrote, “When you run into something interesting, drop everything else and study it.” There may be no more fitting description of how you approached your work.